“We welcome Cynthia to the firm and are thrilled she has chosen Sands Anderson as her professional home,” said Hardy. “Cynthia is an exceptional addition to our Government Group. She has a wealth of experience both in local and state government, and we look forward to the opportunity to expand the services we offer to our clients.” 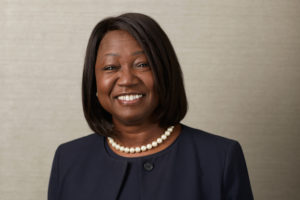 Hudson was appointed Chief Deputy by Virginia Attorney General Mark R. Herring in 2014. In her role she managed the day-to-day legal service and administrative operations of the Office of the Attorney General in its service as the Department of Law for the Commonwealth and its client agencies, boards, commissions, entities and officials. Many of Hudson’s notable achievements while in office centered around equality, opportunity and criminal justice.

Prior to her role as Chief Deputy Attorney General, Hudson served as City Attorney for the City of Hampton. Early in her career she worked in private practice focusing on labor and employment. She was also an Adjunct Professor in State and Local Government law at the William & Mary Law School.

An active public servant, Hudson was most recently named Chair of the Governor’s Commission to Examine Racial Inequity in the Law. She previously led the Local Government Attorneys of Virginia as President and has served on the Board of Directors for a number of nonprofit organizations including the Boys & Girls Club of Greater Hampton Roads, Peninsula Metropolitan YMCA, Transitions Family Violence Services, and Riverside Behavioral Health Center.

Her experience, leadership and civic engagement have not gone unnoticed. Hudson was inducted into the Virginia Law Foundation as a Fellow in the Class of 2015, awarded as the Oliver Hill Civil Rights Leader by the Richmond Chapter of the NAACP in 2018, and named to Virginia Lawyers Weekly’s first Class of Influential Women of Law in 2019.

“Cynthia is remarkable, not only for her breadth of experience in local and state government, but even more so for the keen insights she’ll be able to offer our clients,” said Daniel M. Siegel, Government Group Leader at Sands Anderson.

Hudson received her undergraduate degree in mass communications from Virginia Commonwealth University, and her law degree from William & Mary. She can be reached at CHudson@sandsanderson.com.

Sands Anderson PC is a Mid-Atlantic law firm that guides clients with united support for their complete legal needs. As a consultative ally, we represent businesses, government entities, insurance companies, healthcare organizations, and individuals from our six offices located throughout Virginia and in North Carolina. We are a true team of legal professionals committed to a collaborative and inclusive workplace, as well as supporting the economic growth of the communities where we operate. For more information, visit sandsanderson.com.