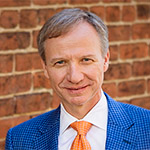 Access to capital for private companies just became easier and most likely cheaper.

The U.S. Securities and Exchange Commission’s amendments to Reg A under the Securities Act of 1933 went into effect on June 19, 2015.  Known as Reg A+, the amendments allow fundraising without having to become a fully registered public company, subject to eligibility, disclosure and ongoing reporting requirements, for up to $50 million within a 12-month period from both accredited and non-accredited investors, subject to certain limitations on investments from non-accredited investors.  The cap under Reg A prior to the rule change was $5 million.  The new rules grew out of the Jumpstart Our Business Startups Act (JOBS Act), which directed the SEC to enact rules to help newer companies raise capital, and in turn, create jobs.

One Richmond, Virginia company, Allegiancy, intends to raise up to $30 million under Reg A+, and plans to use those funds to increase staff and expand its commercial real estate management presence and portfolio in Texas and the West Coast, among other areas.  As reported recently in Richmond BizSense and The Wall Street Journal, Steve Sadler, CEO of Allegiancy, expects the transaction fees and paperwork for raising capital under Reg A+ to be significantly less, and wants to get moving under the new rules immediately.

Under the old Reg A, Mr. Sadler indicated roughly 15% of a recent $5 million capital raise went to bankers, lawyers, accountants and other fees.  Under Reg A+, companies raising $20 million to $50 million (known as “Tier 2 Offerings”) may avoid paying separate fees and, under most circumstances, avoid filings in every state where investors purchased shares as previously required under Regulation A.

To learn more about Reg A+, visit the SEC website, or contact one of our lawyers on the Business Transactions Team at Sands Anderson.