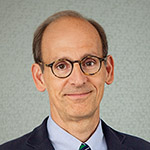 My recent post on this topic got a lot more play than my typical blogs. That’s because Richmond BizSense was kind enough to pick it up.

Besides the online comments, I got many more by other means. I have not heard from anyone at the City of Richmond, but I plan to share my ideas directly. Before I do that, I want to clarify some things.

First, I harbor no illusions that the Richmond Coliseum will be restored. My ideas are based on the preliminary plan outlined by the City that the building will be demolished, in lieu of an outdoor gathering space.

My point remains that such a space could include part of the existing structure. The concrete amphitheater resulting from simply leaving the lower level of seating would hold several thousand spectators.

It could be used for all kinds of outdoor gatherings, including graduation ceremonies, concerts, and other live performances. Basketball could still be part of the equation, with room for more than one court to be used for pick-up games for area youth.

Think of the positive media coverage the grand opening of the “new” outdoor facility could garner. The City could be viewed nationwide as a leader in adaptive reuse.

I say we invite Julius Erving to Richmond for the grand re-opening of the courts where his fabulous pro career began. He is closer to 70 than 20 now, but last time I checked “Dr. J” could still dunk. What a grand opening that would make.

What is Boilerplate Anyway?