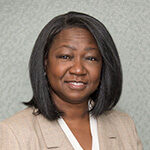 While various public employer entities at all levels of government in most of the United States have had some history and experience with public sector collective bargaining, Virginia public employers have only been empowered to engage in collective bargaining over “terms and conditions of employment” with their employees for little over a year. And that new power extends only to local governments – defined by enabling state legislation first effective in May 2021 as counties, cities, towns and school boards – not to state agency employers. See Virginia Code Section 40.1-57.2, et. seq. The law leaves the decision whether and to what extent to enable collective bargaining exclusively to the local governing body or school board at its option.

To date, at least five Virginia localities (the Cities of Alexandria and Richmond and Arlington, Fairfax, and Loudoun Counties) and at least one school board (the City of Richmond School Board) have adopted collective bargaining ordinances or resolutions. Each of their laws are in varying stages of implementation with the City of Alexandria, the first to enable collective bargaining, having the most “experience” to date – all the way back to February of this year with its first bargaining unit elections among eligible public safety personnel.

On the other hand, a few localities and school boards have exercised their legislative discretion to formally maintain the prior legal prohibition on collective bargaining with their employees. Note too that there are some categories of local-level public employers that remain legally prohibited from allowing collective bargaining, i.e., employees of local elected state “constitutional” officers – local sheriffs, commonwealth’s attorneys, treasurers, commissioners of the revenue, clerks of court –  and judicial employees generally.

By definition of local government, the enabling statute appears also to continue the prohibition on collective bargaining by other types of local and regional public employers (e.g., authorities, commissions, boards, etc.), whether created directly by state statute or by local governments pursuant to state enabling legislation.

By any measure this has been a slow ramp-up to public sector collective bargaining in Virginia, and there is some speculation as to the future viability of the local option to allow it. Duplicate 2022 Virginia Senate and House bills  (SB 374 – Obenshain and HB 883 – Byron) would have repealed the enabling legislation altogether. Though the bills died in committee this year, interested watchers are well-advised to stay tuned.

This measure was featured in Virginia Governor Glenn Youngkin’s “Day One” 2022 legislative package. It’s a good guess that it will appear again in 2023 and, if necessary, 2024. Unions have taken heed and the heat is on for many Virginia local governments and school boards.

For all questions related to collective bargaining, contact Cynthia Hudson.