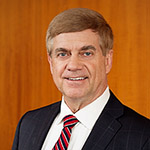 Episode 1 in our series outlined the purpose behind the Corporate Transparency Act (“CTA”) and provided an overview of the CTA and the most recent proposed regulations. This Episode focuses on which entities will be required to report to FinCEN under the CTA. In other words, what constitutes a “Reporting Company” under the CTA?

(a) “domestic reporting companies,” which are entities created by the filing of a document with the Secretary of State (or similar office) of a jurisdiction in the U.S. (Virginia’s State Corporation Commission, for example) and

(b) “foreign reporting companies,” which are entities formed under the laws of a foreign (non-U.S.) jurisdiction that are registered to do business in the U.S.

A domestic Reporting Company means any entity that is a corporation, limited liability company, or “other similar entity” under the laws of a state or Indian Tribe, or entities formed under the laws of a foreign country to do business in the United States by filing a document with the Secretary of State or similar office under the law of a U.S. state or Indian Tribe. In order for the entity to be classified as a reporting company, there has to be the filing of a document. That is the key requirement to bring an entity or business under the definition of a Reporting Company.

Keep in mind that as discussed in Episode 1, these “Reporting Companies,” as defined in the CTA, can easily be confused with, but are not the same as, the “reporting companies” that are required to file reports periodically with the Securities and Exchange Commission under sections 12, 13 or 15(d) of the Securities Exchange Act of 1934. The “Reporting Companies” for the purposes of the CTA are those required to report to FinCEN under the CTA.

But there will be some ambiguity to this concept of a Reporting Company. For example, in Virginia most legal practitioners would say that a sole proprietor would not fall under that definition. However, a sole proprietor who is simply an individual that uses a name for his or her business other than his or her own name must file a fictitious name filing in Virginia for the name of the business. VA CODE 59.1-69 and 1-230. Under the CTA the sole proprietor could fall under the definition of a “Reporting Company.”

The Proposed Rule interprets the language “other similar entities” in the CTA to mean any entity that is created (in the case of a domestic Reporting Company) or registered to do business in the U.S. (in the case of a foreign Reporting Company) through a filing with a Secretary of State (or any similar office) in a U.S. jurisdiction. This occurs any time a new entity is incorporated or organized in the United States and filed as such on the records of any state’s agency for registering business entities, such as the Virginia State Corporation Commission in Virginia.  The definition is quite broad.

However, the proposed regulations that came out at the end of 2021 “… made it clear – entities or de facto entities that are created without the need to file a document with the state or jurisdiction, like revocable living trusts, irrevocable trusts, sole proprietorships, general partnerships – these types of entities do not need a document to be filed to be recognized, so those are excluded from the definition.” (ACTEC Podcast). But there could be exceptions to these rules as pointed out above regarding sole proprietorships.

FinCEN has the authority to expand the list of entities that are exempt from the definition of a “Reporting Company” in the CTA. The Proposed Rule begins by adopting specifically named “Exempt Entities.” There are 23 types of exempt entities under the CTA. (31 USC 5336 (a) (11) (B) (i) – (xxiii)). Small businesses and other entities that are not otherwise subject to federal or state regulations that impose BOI reporting obligations are the focus of the reporting requirements. The chart below lists the Exempt Entities. These Exempt Entities are already generally subject to substantial federal and state regulation under which their beneficial ownership may be known, therefore, making it likely that their beneficial ownership data would already be available to law enforcement through their regulators or through existing public disclosure requirements.

Also, under the Proposed Rule, the direct and indirect wholly-owned subsidiaries of most Exempt Entities are themselves exempt.

Under the Proposed Rule, an entity qualifies as a “Large Operating Company” if it:

(a) employs more than 20 full-time employees in the U.S.;

(c) has an operating presence at a physical office in the U.S.

As is readily apparent, the CTA reporting requirements target generally smaller, more lightly regulated entities that are likely not to be closely monitored or otherwise reporting BOI to the federal government. The federal government under CTA would expand its monitoring and control functions into the uncovered entities and businesses that have never before reported private ownership information at the federal level. The rationale is that these Exempt Entities are not likely to be slipping under any radar coverage by the U.S. federal government.

The Proposed Rule does not require purportedly Exempt Entities to make any filing in order to claim an exemption from the definition of Reporting Companies. However, if any entity losses its exemption as a “Reporting Company” because it no longer meets the exemption criteria, then the entity must file a BOI report with FinCEN within 30 days after the date it ceases to be exempt. This means that the entity and its legal advisors will constantly need to monitor the entity’s tax-exempt status to avoid penalties for failure to report a change in status under the CTA.

The “Inactive Entities” are ones that have already been in existence for over one year at the time the CTA was enacted, are not engaged in active business, are not foreign-owned, have not had a change in ownership or received more than $1,000 within the preceding 12-month period, and do not hold assets of any type. (Proposed 31 CFR 1010.380 (C) (2) (xxii)).

The first issue in the analysis is to determine whether the entity in question is a Reporting Company. To answer that question the entity’s management must ask whether the entity qualifies as an Exempt Entity under any exempt categories listed in the CTA. Yet, even after completing that analysis the entity’s managers and advisors need to be vigilant to determine if the entity remains an Exempt Entity under the CTA or becomes a Reporting Company through a change in circumstances and thereby no longer qualifies for the CTA exemption.

Next Episode 3:  Information Required to be Reported