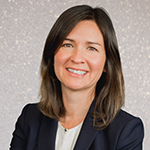 On June 30, 2015, the United States Department of Labor issued the long-anticipated Proposed Rulemaking to update the regulations governing which “white collar workers”— executive, administrative, and professional employees — are entitled to minimum wage and overtime pay pursuant to the Fair Labor Standards Act. If implemented as proposed, early estimates indicate that over 5 million employees could become eligible for overtime and minimum wage protections.

Currently the salary threshold stands at $455/week or $23,660 annually, meaning that those white collar employees making more than $23,660 in annual salary are eligible for exemption under the FLSA and may not be entitled to overtime pay or minimum wage if they also perform certain duties that are required to qualify for the exemption. The current threshold has not been updated since 2004, and updating that figure is the main focus of the proposed rule.

The main provisions of the Proposed Rule include:

While these rules are merely proposals, they forecast a significant change to overtime and minimum wage requirements. Employers should use this time to evaluate its employees who might be affected by the proposed rules, if made law.

The Employment Team at Sands Anderson will be tracking the Proposed Rulemaking as it works though the administrative regulation process. For assistance with your employment questions, please feel free to contact us.