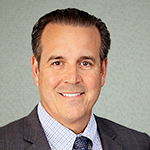 In the first Administrator’s Interpretation issued in more than a year, the Department of Labor has recently weighed in on the debate over the misclassification of employees—a  debate that has been stirred up of late by companies such as Uber, Lyft, and the now closed Homejoy.

“Although independent contracting relationships can be advantageous for workers and businesses, some employees may be intentionally misclassified as a means to cut costs and avoid compliance with labor laws,” wrote David Weil, administrator of DOL’s Wage and Hour Division.

Workers classified as employees are entitled to FLSA protections, which would include minimum wage and overtime compensation as well as unemployment insurance, and workers’ compensation. Independent contractors on the other hand do not receive such protections.

Consistent with Congress’s intent that the FLSA be interpreted broadly to classify workers as employees, the DOL has articulated a six-part “economic realities” test in favor of liberal employee classification:

Notice that this new test does not establish any bright line rules. According to the DOL, the goal is not simply to tally which of these six factors are met in any given situation, but to determine, after much litigation presumably, whether the worker is economically dependent on the employer (and thus an employee) or is really in business for herself (and thus an independent contractor).

One thing is certain: independent contractor agreements may not protect you from liability. This new guidance from the DOL should invite greater care in your classification of workers and encourage a review of the nature and scope of work being performed in your business.

If you are an employer who has questions about the application of the DOL’s “economic realities” test to your business, attorneys with the Sands Anderson Employment Practice Group are available to answer your questions and assist you with issues concerning this important issue.