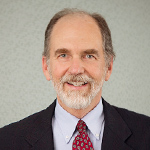 This article originally appeared in The Voice, Vol. 15, Issue 4 (January 27, 2016), a publication of DRI. It appears here with permission.

It’s a common fact scenario that many of us frequently face these days: a plaintiff’s complaint makes two claims under ERISA, a claim for plan benefits under § 1132(a)(1)(B) and an equitable claim under § 1132(a)(3) seeking equitable relief such as reformation of contract, surcharge, or estoppel. In the complaint’s prayer for relief, the plaintiff requests the same monetary relief under both counts, namely the amount of the plan benefits that the plaintiff claims that he or she is entitled to receive.

For years, and I submit, still today, this situation has been addressed by the holding in Varity Corp. v. Howe, 526 U.S. 489, 116 S. Ct. 1065 (1996), in which the Court addressed the interplay between the six subsections contained in ERISA’s civil enforcement provision, 29 U.S.C. § 1132(a). In the Varity case, a group of beneficiaries of a benefits plan sued their employer as the plan administrator, seeking reinstatement as participants in the employer’s ERISA benefits plan.  Unfortunately for those plaintiffs, they could not proceed under the denial of benefits section, § 1132(a)(1)(B), because they were no longer members of the plan, and therefore, they had no benefits due to them under that plan. The sole ERISA enforcement provision under which the former employees and former plan members in Varity could proceed was the “catchall” provision of § 1132(a)(3).

After Varity, most of the courts faced with ERISA actions making claims simultaneously under both § 1132(a)(1)(B) and § 1132(a)(3) held that a plaintiff could not proceed with a § 1132(a)(3) equitable claim when he or she had relief available to him under the ERISA benefits provision, § 1132(a)(1)(B). Representative of this line of post-Varity cases is Korotynska v. Metro. Life Ins. Co., 474 Fed. 3d 101 (4th Cir. 2006). In that case, the court analyzed the Varity case before turning to its case, observing that since the Variety plaintiffs had “no remedy at all” available for their injuries under any of the other five ERISA civil enforcement sections of § 1132(a), they were entitled to appropriate equitable relief under § 1132(a)(3). 474 F. 3d at 105. Turning to its case, the Fourth Circuit first observed that the whole purpose behind its plaintiff’s claim under § 1132(a)(3) was to recover the long-term disability benefits to which the plaintiff claimed that she was entitled, an injury which was redressable in the ERISA civil enforcement scheme in the benefits recovery provision of § 1132(a)(1)(B). Id. at 105–106. The court then ruled that since § 1132(a)(1)(B) afforded the plaintiff adequate relief for her claim for plan long-term disability benefits, a cause of action for equitable relief under § 1132(a)(3) was not available. In so ruling, the Fourth Circuit in Korotynska joined the “great majority” of its sister circuits, stating:

These courts have not allowed claimants to proceed with § 1132(a)(3) claims where relief was potentially available to them under § 1132(a)(1)(B), because, in Varity, “[t]he Supreme Court clearly limited the applicability of § 1132(a)(3) to beneficiaries who may not avail themselves of § 1132’s other remedies.” Wilkins, 150 F.3d at 615. A plaintiff whose injury consists of a denial of benefits “has adequate relief available for alleged improper denial of benefits through his right to sue [the benefits plan] directly under section 1132(a)(1), ” and thus “relief through the application of Section 1132(a)(3) would be inappropriate.” Tolson, 141 F3d at 610. To allow a claim under § 1132(a)(3) would permit “ERISA claimants to simply characterize a denial of benefits as a breach of fiduciary duty, a result which the Supreme Court expressly rejected.” Wilkins, 150 F.3d at 616.

Then along came the case of CIGNA Corp. v. Amara, 131 S. Ct. 1866 (2011), in which a class of participants in a pension plan sued their employer, alleging that the employer had changed the plan without adequate disclosures to their detriment. The Court found that while § 1132(a)(1)(B) did not authorize the reformation of the plan that was necessary to pay plan benefits under that ERISA provision, § 1132(a)(3) authorized the equitable relief that the plaintiffs needed to receive the payments that they felt that they were due. Since the plaintiffs in Amara did not have relief available to them under the recovery of benefits provision, § 1132(a)(1)(B), because they were not covered by their ERISA plan, they were permitted to make claims under ERISA’s “catchall” provision, § 1132(a)(3).

In cases such as Amara in which relief is not available under the recovery of benefits provision, § 1132(a)(1)(B), courts have understandably permitted plaintiffs to make equitable claims under the “catchall” provision, § 1132(a)(3). See, e.g., McCravy v. Metro. Life Ins. Co., 690 F. 3d 176 (4th Cir. 2012) (holding that since the plaintiff’s daughter was not eligible for coverage under the plan’s dependent children provision, relief was unavailable under § 1132(a)(1)(B), and the only alternative relief available to that plaintiff was § 1132(a)(3)’s equitable provision).

In the wake of the Amara decision, however, plaintiffs have become increasingly emboldened: they have asked courts to read Amara unduly expansively in ways that would have the effect of invalidating the Varity Corp. v. Howe rule that equitable relief is only available if an adequate remedy is not available elsewhere in ERISA’s enforcement scheme. This is illustrated by the case of Silva v. Metro. Life Ins. Co., 762 F. 3d 711 (8th Cir. 2014), in which the Eighth Circuit held that while Varity prohibits duplicate recoveries, it nevertheless permits a plaintiff, at least at a preliminary motion to dismiss stage, to assert claims for the same plan benefits simultaneously under both § 1132(a)(1)(B) and § 1132(a)(3).

The bottom line is that when a plaintiff has not stated a claim under § 1132(a)(3) that is distinct from his or her § 1132(a)(1)(B) benefits claim and is essentially seeking the same plan benefits simultaneously under both ERISA civil enforcement provisions, under the well-settled Varity rule, the plaintiff’s separate § 1132(a)(3) equitable claim should be dismissed.

Robert B. “Chip” Delano, Jr., is a shareholder of Sands Anderson PC in the firm’s Richmond, Virginia, office. Mr. Delano concentrates his practice in the areas of tort, insurance, and appellate litigation. He is a member of the firm’s Coverage and Casualty Litigation Group. He currently serves as the DRI Life, Health and Disability Committee Life Programming chair, and he previously served on the DRI Board of Directors (2004–2007).