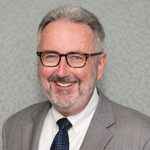 Written by
William A. Gray

As the Toys “R” Us (TRU) bankruptcy case here in the Eastern District of Virginia Bankruptcy Court, Richmond Division, continues with the wind down of the company, new procedures have been implemented regarding when and how TRU can formally object to (dispute) creditor claims that have been filed. Under prior Orders that were entered in the case, all creditors of TRU were required to file a Proof of Claim by certain due dates. According to TRU, over 21,000 claims were filed, including 3,400 claims filed as administrative claims – i.e., claims for money that came due after the bankruptcy case was filed. Now, advisors of TRU will start reviewing the claims that were filed. If TRU for any reason disagrees with the claim as filed by the creditor, an Objection to Claim will be filed to oppose the claim. Two common reasons a claim might be subject to an objection are that the debtor disagrees with the dollar amount of the claim, or the debtor disagrees with the class of claim as filed. For example, TRU may think a claim filed as an administrative claim is in fact just a general unsecured claim.

In an Order entered August 8, 2018, the Bankruptcy Court approved certain procedures that must be followed pertaining to claim objections. First, the Order sets out how TRU can object to claims, who they must give notice to of the objection, and what information must be given to creditors as to why the claim is being disputed. Second, it requires creditors who receive an objection to take certain actions to oppose the objection. If those actions are not taken, the claim the creditor filed may end up being “disallowed”. If a creditor’s claim is disallowed, the creditor will not receive any payment on its claim.

Because of the dire financial posture of this case, it is likely objections to claims filed by TRU will be directed primarily against administrative claims that TRU disputes. If an objection to claim is received, creditors should review the objection paperwork carefully, and take necessary action to protect the claim that was filed.

Read more of Sands Anderson’s articles on the Toys “R” Us Case: