Attorney Stefan M. Calos was highlighted in a recent piece by the Progress Index on his work as Hopewell City Attorney. Stefan is a member of the firm’s Business, Litigation, and Government Groups. 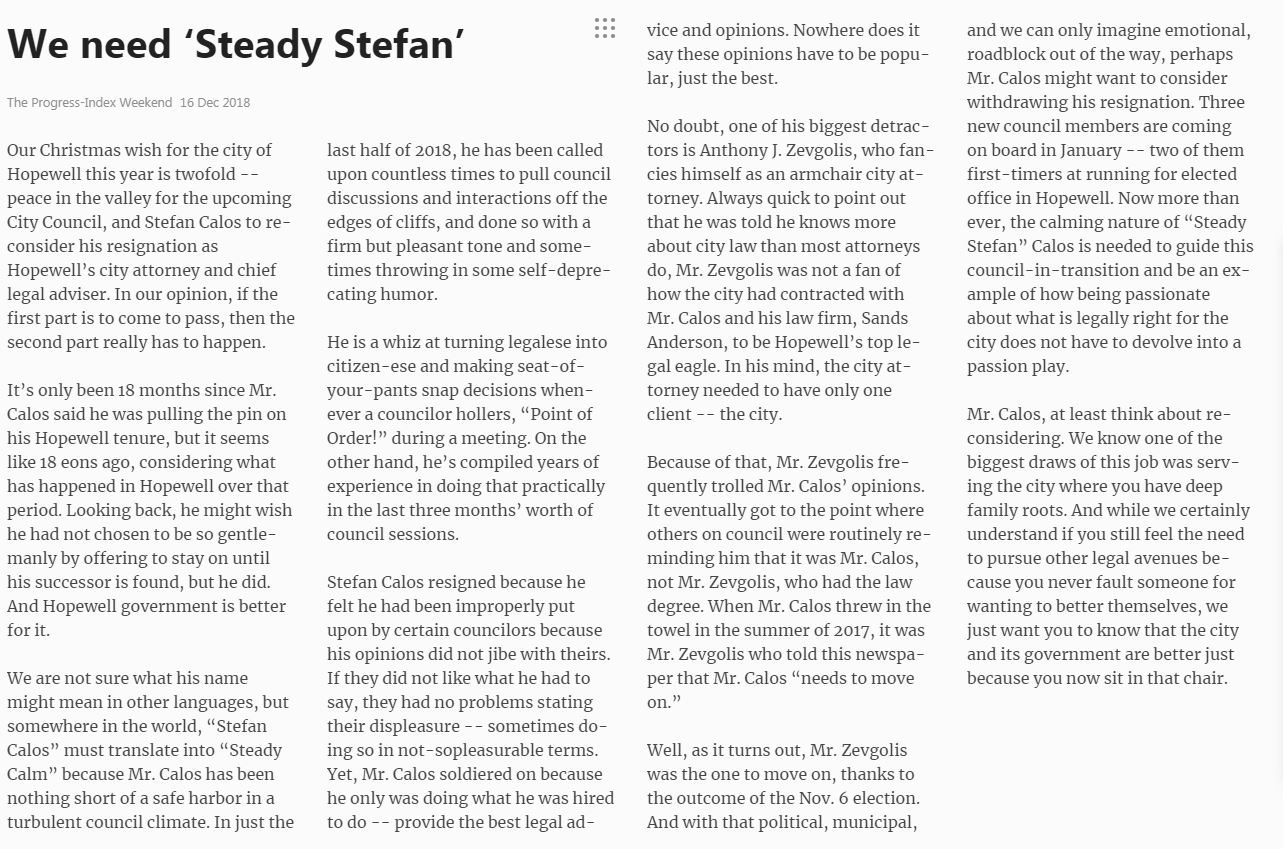 Our Christmas wish for the city of Hopewell this year is twofold — peace in the valley for the upcoming City Council, and Stefan Calos to reconsider his resignation as Hopewell’s city attorney and chief legal adviser. In our opinion, if the first part is to come to pass, then the second part really has to happen.

It’s only been 18 months since Mr. Calos said he was pulling the pin on his Hopewell tenure, but it seems like 18 eons ago, considering what has happened in Hopewell over that period. Looking back, he might wish he had not chosen to be so gentlemanly by offering to stay on until his successor is found, but he did. And Hopewell government is better for it.

We are not sure what his name might mean in other languages, but somewhere in the world, “Stefan Calos” must translate into “Steady Calm” because…