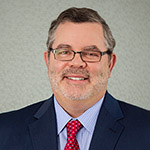 In late February, the Supreme Court of the United States heard oral arguments in Mission Product Holdings Inc. v. Tempnology LLC, a case arising out of the First Circuit. The case addresses the impact of the rejection of a trademark license by a licensor-debtor in a Chapter 11 bankruptcy. Thus, the Court’s ruling will be of substantial interest to both intellectual property and bankruptcy practitioners alike.

The discrete question to be answered by the Supreme Court is whether the rejection of a trademark license by a trustee or debtor-in-possession “terminates rights of the licensee that would survive the licensor’s breach under applicable nonbankruptcy law.”

Danielle Spinelli, counsel for appellant Mission Product Holdings, provided helpful context to the Justices at the outset of her argument:

Section 365 of the Bankruptcy Code allows the trustee to decide whether the estate will become a party to an executory contract of the debtor. If so, the trustee assumes the contract and the estate steps in to the debtor’s shoes. If not, the trustee rejects the contract. … Rejection constitutes a breach of such contract immediately before the date of the filing of the petition. The debtor will not fulfill any remaining unperformed obligations under the contract, and the counterparty will have a prepetition claim against the debtor for any resulting damages.

But that’s all rejection is, the estate’s decision not to take on the debtor’s future performance obligations, which are therefore breached. The overwhelming consensus of courts and scholars is that rejection can’t give the estate any greater rights with respect to the rejected contract than the debtor would have outside bankruptcy. And as Respondent doesn’t contest, outside bankruptcy, a licensor could not use its own breach of contract as a basis to terminate the licensee’s rights under the agreement.

The Supreme Court took up the case in order to address a split among several Circuit Courts of Appeal.

Well over three decades ago, in Lubrizol Enterprises Inc. v. Richmond Metal Finishers Inc., 756 F.2d 1043 (4th Cir. 1985), the Fourth Circuit held in a patent case that a debtor’s rejection of an executory license for intellectual property precluded the non-bankrupt licensee from continuing to use the license. Three years after that ruling, Congress amended the Bankruptcy Code at Section 365(n) to allow a licensee to continue to use patents, copyrights, and trade secrets, that is, even after rejection of the license by the debtor. Congress did not see fit, however, to include trademarks in the amended law. Not surprisingly, that omission was a hot topic of discussion during oral argument.

The Circuit split occurred in 2012 when the Seventh Circuit chose not to follow the Fourth Circuit’s lead by holding in Sunbeam Products Inc. v. Chicago American Manufacturing LLC, 686 F.3d 372 (7th Cir. 2012), that a debtor’s rejection of an executory license did not preclude the continued use of the licensed trademark by the licensee. The Court based its reasoning primarily on the fact that a licensor’s breach of the license outside of bankruptcy would not bar the licensee from continuing to use the licensed mark.

A review of the February 20 transcript reveals a very active and curious bench. While some Court watchers have staked out the position that the Supreme Court is likely to narrow a licensor-debtor’s power to rescind a license in bankruptcy, the outcome is far from clear based on the questions asked and answers given at last week’s hearing.

An important side note:

The United States is participating in the appeal and supports the outcome of Sunbeam, favoring licensees. In the view of Zachary Tripp, an assistant to the U.S. Solicitor General, the First Circuit’s ruling “undermines the stability and value of trademark licenses across the board.” Tr. 24.

Regardless of the outcome, for the first time in years, there will be a single legal standard to be applied by bankruptcy courts across the United States once the Supreme Court delivers its verdict. That is, unless the Court declares the case is moot based on the particular facts of the case. A ruling that the case is moot is quite possible given the pointed questions raised by several of the Justices at oral argument.

Sands Anderson will provide updates on our News page on this case once the Supremes have spoken.