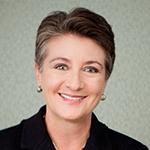 Per the Virginia Nonstock Act sections referenced in this post, the board of directors of an incorporated non-stock association is charged with approving all matters which are not specifically reserved to the members per the Articles and Bylaws. (See, Section 13.1-853B). The prevailing practice in association Bylaws is to provide that the secretary (or recording secretary) will record and maintain meeting minutes; otherwise, the governing documents are typically silent on how the minutes are approved which means that the Nonstock Corporation Act controls and the board should approve the minutes.

The Virginia Property Owners’ Association Act requires the inclusion in the disclosure packets given to purchasers of approved membership meeting minutes “for the six calendar months preceding the request for the disclosure packet,” and this section supports the practice of the board promptly approving the minutes following the annual membership meeting rather than waiting a year to have the membership approve the meeting minutes at its next annual meeting. (See, Section 55-509.5, A.14).

There are also good policy reasons supporting board approval of membership minutes:

– Need for timely record of membership meetings and actions and votes taken;

– For most membership meetings, adoption of minutes from a previous meeting a year ago means that any members who attend the next meeting and who weren’t present at the earlier meeting will then be asked to vote on a record for a meeting they didn’t attend. In an HOA, membership changes frequently as homes sell and new buyers move in. With the lapse of time, memories fade and waiting a year risks inaccuracies and/or disputes over what actions were or weren’t taken;

-Members don’t have a fiduciary duty (or any duty) to ensure the accuracy of what goes into the minutes of the corporation and are therefore less likely to scrutinize the content;

– Need for accurate and up to date disclosure packets for new purchasers; and

– Need for record of approved IRS vote of membership to transfer excess funds into reserves in time for tax filing.