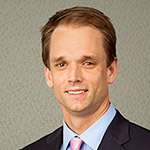 A recent Fourth Circuit opinion about medical privacy provides a valuable lesson on how stare decisis can guide litigants through case law that is less than clear.

The trial court dismissed both claims, explaining that neither cause of action was recognized in the Fourth Circuit. On appeal, the Fourth Circuit affirmed the trial Court’s dismissal, but expounded on the legal principles behind that decision.

To begin, although the HIPAA claim was a matter of first impression, the answer was simple. The Fourth Circuit found that HIPAA did not provide the plaintiff with a right to sue, joining all other circuit courts which have considered this issue.

The more complicated analysis came when the Court addressed the plaintiff’s due process claim. To answer whether the constitution protected an individual’s right to privacy in personal information, the Court began with a thorough analysis of stare decisis. Several key points of that analysis are described below:

To start its analysis, the Fourth Circuit noted that the Supreme Court had not found a substantive due process right to privacy in personal information. Instead, when considering whether the constitution protected such information (e.g., medical, employment, or financial records) from disclosure by the government, the Supreme Court would regularly “assume a constitutional right to privacy exists but find that any existing right was not violated.”[1]

As such, the Supreme Court had not established a constitutional right to privacy that bound the Fourth Circuit in this case.

Without binding Supreme Court precedent, the Fourth Circuit turned to its own opinions stating, “Although this Court’s guidance has not been a model of clarity, we have gone beyond assuming [that a constitutional right to privacy in personal matters exists].”

This analysis begins with Walls v. City of Petersburg.[2] In that case, the Court found that the constitution protects privacy in personal information to the extent that (1) it is the type of information that an individual can reasonably expect to be kept private under the circumstances (e.g., financial records as in Walls); and (2) there is not “a compelling governmental interest in disclosure [that] outweighs the individual’s privacy interest.”[3]

Thus, for the purpose of determining whether the plaintiff’s due process rights were violated in this case, Walls provides the presumptive test.

3. Subsequent dictum does not alter the original rule, no matter what.

Eight years after Walls, this standard became a little murky with Condon v. Reno.[4] In that case, the Court found that drivers lacked a reasonable expectation to privacy in their personal information stored in motor-vehicle records.[5] However, in that same opinion, the Court noted that “the Supreme Court has limited the right to privacy to matters of reproduction, contraception, abortion, and marriage.”[6] This list would seem to provide a more restrictive, categorical test than the reasonableness standard set forth in Walls. However, it doesn’t.

According to the Court in Payne, while Condon explicitly described the limited situations in which the Supreme Court had found a right to privacy, that description was pure ditcum. Rather, the holding was based on the Walls reasonable expectation of privacy test. Thus, Walls still provided the rule at this stage in the analysis.

4. Subsequent panels will not, as a matter of practice, overrule the opinions of earlier panels. Likewise, when there is a conflict between two Fourth Circuit opinions about which rule applies to a common issue, under horizonal stare decisis, the Court will apply the older rule.

To complicate matters, a year later, the Fourth Circuit appeared to treat the dictum from Condon as if it were the standard for determining privacy rights. Specifically, in Edwards v. City of Goldsboro,[7]  the Court rejected a plaintiff’s privacy claim because it did not involve “matters of reproduction, contraception, abortion, [or] marriage,” as set forth in Condon.

This holding created a conflict of law within the Fourth Circuit. In Edwards, the Court simply checked if the purported privacy interest had already been recognized by the Supreme Court as constitutionally protected. Because it hadn’t, the plaintiff had no cognizable claim. Conversely, to answer the same question in Walls, the Court considered whether the plaintiff had a reasonable expectation of privacy under the circumstances. In short, where the Edwards test is categorical, the Walls test is circumstantial.

To resolve this conflict, the Court in Payne employed horizontal stare decisis. Under that doctrine, the Fourth Circuit is “required ‘to follow the earlier of conflicting opinions’ rather than decide which precedent is correct.”[8] Accordingly, because Walls predates Edwards, Walls provides the rule.[9]

Finally, the Court noted that this holding is substantively narrow. Payne does not resolve whether other inmates have a constitutionally protected right to privacy in their HIV status. Nor does it describe reasonable privacy expectations among the general public. However, the Court’s detailed instructions on how to apply stare decisis are not limited to the facts of this case. Rather, these lessons can be applied broadly to conflicts of law in the Fourth Circuit.

Sands Anderson’s litigators stand ready to assist you with your legal needs. Contact a member of our team today!

[9] What becomes of the holding in Edwards is unclear. But it appears to have no precedential value on this constitutional question.