On July 12, 2017, the Ninth Circuit Court of Appeals heard arguments in one of the most remarkable intellectual property cases in recent memory. As technology has progressed, assessing ownership of IP has become exponentially more difficult.  Likewise, modern IP litigation has evolved toward the incredibly complex.  But every once in a while, a case arises that requires a hard look at IP fundamentals.  The origin of its theses, if you will.  Such is the recent case of Naruto v. Slater, which proves that IP law can still be, well, primitive.

David Slater, a British photographer, believed he had struck gold after he taught Naruto, a wild six-year-old crested macaque in Indonesia, how to take photographs on his camera. The clever monkey turned Slater’s camera around, pointed the lens at its face, and snapped­—no joke—a “selfie.”  Upon posting the photos for sale online, they were subsequently posted (without Slater’s permission) on several other popular websites.  The photos became an instant internet sensation, and it’s easy to see why. 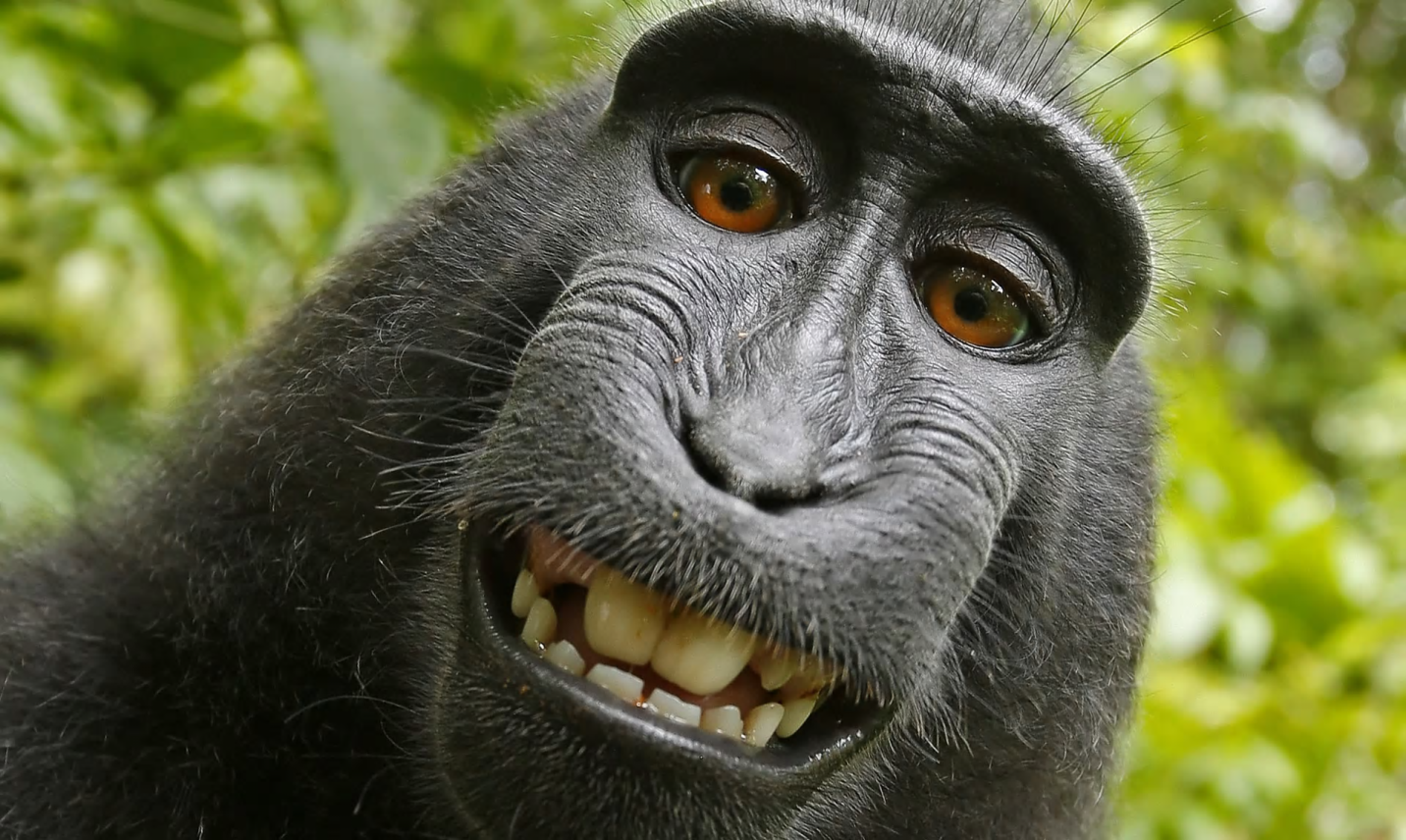 Slater protested to the sites displaying the photos without permission, demanding that they take them down. Their response: the monkey took the photos, not you.  Much to Slater’s dismay, the United States Copyright Office went on to issue a ruling that content created by animals could not be copyrighted—not even by Slater.

But the fight over Naruto’s selfies was only getting started. The photographer’s legal troubles truly went ape when, to his shock, he received notice that the monkey had filed suit against him.  People for the Ethical Treatment of Animals (PETA) took up the monkey’s cause, filing a claim in California federal court on behalf of Naruto.  PETA claimed that Naruto should benefit from the success of the photos, and is thus deserving of copyright ownership.

The actual legal issue raised was whether Naruto qualifies as an “author” under the Copyright Act. The statute happens to lack a definition for the term, and, accordingly, the monkey’s uncle, er, attorney argued that the statute’s application had “no definitional limitation.”  As a result, standing under the statute should therefore extend to anyone that creates an “original work of authorship”—including Naruto.

Thankfully, the district court dismissed the case for lack of standing under the Act, pointing out that the Supreme Court and Ninth Circuit have routinely referenced “persons” and “human beings” when determining who authored particular pieces. The onslaught of the real life Planet of the Apes was averted.  Although, perhaps not for long depending on the Ninth Circuit’s take on the issue.  Let the chimps fall as they may.

As we await their ruling on Naruto’s selfies, it is good to take a step back and be thankful that not every IP case in today’s complex world involves serious monkey business.

Survey of Discipline of Practitioners by the USPTO in 2018