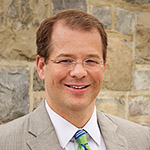 Written by
Timothy A. Nordgren

On December 22, 2017 President Trump signed into law H.R. 1 (P.L. 115-97), the “Tax Cuts and Jobs Act,” which some consider to be the largest major tax reform in over three decades. This article summarizes some of the highlights of the Act.

Net income of pass-through businesses such as sole proprietorships, partnerships, LLCs, and S corporations are reported by the business owners on their individual income tax returns and tax is not paid by the business.

For tax years beginning after December 31, 2017 and before January 1, 2026, the new Act allows non-corporate taxpayers (including trusts and estates) to deduct certain amounts of Qualified Business Income (QBI) from pass-through business entities. This deduction is subject to various thresholds and limitations based on a taxpayer’s taxable income. QBI refers to the net amount of qualified items of income, gain, deduction and loss related to a qualified trade or business of the taxpayer. It does not include among other things certain investment items or reasonable compensation paid to a taxpayer for services rendered to the trade or business.

The federal government imposes a gift tax or estate tax on transfers during lifetime or upon death in excess of the exemption amount. An exception applies to transfers to a US Citizen Spouse or a qualified charitable organization, which are not subject to federal gift or estate tax.

Under prior law, the first $5 million (as adjusted for inflation in years after 2011) of transferred property was exempt from estate and gift tax. For estates of decedents dying and gifts made in 2017, this “basic exclusion amount” was $5.49 million ($10.98 million for a married couple).

Under the new Act, for estates of decedents dying and gifts made after December 31, 2017 and before January 1, 2026, the Act doubles the base estate and gift tax exemption amount from $5 million to $10 million. The $10 million amount is indexed for inflation occurring after 2011, which translates to $11.2 million in 2018 ($22.4 per married couple).

The Internal Revenue Code taxes individuals at progressively marginal rates depending on a person’s level of income as well as whether he or she is filing as a single person, married filing jointly, married filing separately, or head of household. Under prior law, individuals were subject to six tax rates: 10%, 15%, 25%, 28%, 33%, 35%, and 39.6%.

Under prior law and the new Act, an individual receives a charitable income tax deduction for gifts to qualified charitable organizations. The amount an individual can deduct in a particular tax year is limited to a percentage of his or her “contribution base” (Adjust Gross Income less any NOL carryback to the taxable year).  The unused portion of the charitable deduction can be carried forward for up to 5 years. The percentage that could be deducted in a particular calendar year depended on the type of charitable organization that receives the gift, whether the contribution went directly to the charity or was to be used for the charity’s benefit, and whether property contributed was capital gain property.

Under prior law, the maximum that could be deducted for a charitable gift in a particular tax year were 50%, 30%, or 20% of a taxpayer’s contribution base.

Under the New Act, contributions made in tax years beginning after December 31, 2017 and before January 1, 2026, the 50% limitation that applies to gifts of cash to public charities and certain private foundations is increased to 60%. Contributions exceeding the 60% limitation are generally allowed to be carried forward and deducted for up to five years subject to the percentage ceilings.

For tax years beginning after December 31, 2017 and before January 1, 2026, the child tax credit has increased from $1,000 per qualifying child to $2,000 per qualifying child. In addition, the levels of adjusted gross income at which these credits are phased out have been increased, and the amount of the credit that is refundable as a result of the credit exceeding a taxpayer’s liability has also increased.

Under prior law, the adjusted net capital gain of an individual was taxed at maximum rates of 0%, 15%, or 20% depending on the rate at which the gain would otherwise be taxed as income to an individual based on his, her or their individual income tax rates and brackets.

These rates have generally been retained under the new Act, but the breakpoints at which the capital gain rates are increased have been adjusted for inflation using C-CPI-U for tax years after December 31, 2017.

Changes to the Kiddie Tax

The ABLE Act, which was signed into law in December of 2014, allows individuals with disabilities and their families to create ABLE accounts to save money for qualified disability related expenses without interfering with the disabled individual’s eligibility for means tested government programs such as SSI and Medicaid.  Funds can be contributed to an ABLE account by the person with a disability (the “designated beneficiary”), parents, family members, or others.

Under prior law, annual contributions to an ABLE account were limited to the annual exclusion for federal gift tax purposes, which was $14,000 in 2017.

Under the new law, contributions can made by anyone up to the current annual exclusion amount ($15,000 in 2018). In addition, an ABLE account’s designated beneficiary can contribute an additional amount, up to the lesser of (a) the federal poverty line for a one-person household; or (b) the individual’s compensation for the tax year.  These new contribution rules apply for tax years beginning after December 31, 2017 and before January 1, 2026.

In addition, distributions from a 529 education savings account can be rolled over to an ABLE account without penalty, provided that the ABLE account is owned by the designated beneficiary of that 529 account, or a member of such designated beneficiary’s family. Such rolled-over amounts are counted towards the overall limitation on amounts that can be contributed to an ABLE account within a tax year, and any amount rolled over in excess of this limitation is includible in the gross income of the recipient.

Under prior law, the earnings portion of funds distributed to a recipient beneficiary from a 529 account were treated as ordinary income plus a 10 penalty unless they were used for qualified higher education expenses for attendance at postsecondary institutions.

Under the new Act, “qualified higher education expenses” include tuition at an elementary or secondary public, private, or religious school, and various expenses associated with home school up to a $10,000 limit per tax year.

Timothy A. Nordgren is a member of Sands Anderson’s Business Group. His practice focuses on estate planning, drafting legal documents such as Wills, Trusts, both Revocable and Irrevocable, Powers of Attorney, and Health Care Directives. Tim is Board Certified as a Specialist in Estate Planning & Probate Law by the North Carolina State Bar.