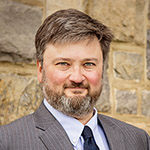 The Rule provides that final judgments, orders or decrees remain under the control of the trial court, and subject to modification, for 21 days.  The Rule interrelates with Rule 1:2 (formerly Rule 5:8A), which permits appeal of a partial final judgment, and Rule 5:9, which requires notice of appeal within 30 days of entry of final judgment or other appealable orders or decrees.

The amendment goes on to state that an order sustaining a demurrer or plea in bar with prejudice or without leave to amend, or granting summary judgment, is “sufficient to dispose of the claim(s) or cause(s) of action subject” thereto.  Rule 1:1(c) & (d).  That seems to imply that such an order might be appealable as to those claims.  However, the amended Rule distinguishes between an order disposing of particular “claim(s) or cause(s) of action” and an order disposing of an “entire matter,” and the amendment clarifies that an order is final only if it includes “all claim(s) and all cause(s) of action against all parties. . . .”

That requirement is consistent with the general rule under existing law that a final order regarding some but not all defendants is not appealable.  However, the courts have long recognized an exception to the general rule for severable, distinct claims where the appeal would not impact the remaining claims and defendants.

Rule 1:2 (formerly Rule 5:8A) codified that exception, permitting final, appealable judgments against fewer than all of the parties if several criteria are met:

(i) the interests of the parties are separate and distinct,

(ii) reversal would not affect any remaining claims, and

(iii) disposition of the remaining claims would not affect the claims decided if the judgment were reversed. Further, the Circuit Court must label a qualifying order as a “Partial Final Judgment.”

The amendment to Rule 1:1 does not alter Rule 1:2.  Presumably, consistent with the interpretive principle that specific provisions govern over general ones, final orders that involve less than all claims or all defendants but meet the requirements of Rule 1:2 may still be appealed even though Rule 1:1 provides that final orders must include all claims against all parties.  The 2018 amendment to Rule 1:1 is a welcome continuation of the Supreme Court’s efforts to clarify when judgments become final and appealable.

Reid Broughton is a member of the firm’s Government and Business Groups. He serves as general counsel for government, corporate and professional clients.