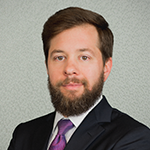 Another retail victim of the COVID-19 pandemic, Ascena was struggling to meet its obligations on $1.6 billion in debt after its brick and mortar stores closed in March. Prior to yesterday’s filing, Ascena entered into a Restructuring Support Agreement with 68 percent of its term loan lenders to swap debt for equity in the reorganized debtors. The agreement contemplates that the bankruptcy proceedings will operate on an expedited timeline, with Plan Solicitation anticipated in September and Plan Confirmation to occur by November 10, 2020.

Ascena operates 2,800 retail locations across all brands. Under its agreement with the term loan lenders, Ascena plans to strategically reduce its footprint by closing a significant number of Justice stores and a select number of Ann Taylor, LOFT, Lane Bryant, and Lou & Grey stores. The closures will also include all stores across brands in Canada, Puerto Rico, and Mexico and all Catherines stores. In total, Ascena anticipates closing nearly 1,600 locations. The Bankruptcy Court has entered an interim order governing store closures and going-out-of-business sales. The Court will consider final relief at the next hearing in these cases.

Like other recent retail debtors, Ascena relies on a global network of merchandise and other vendors to deliver products to its customers. Ascena has requested authority to make limited payments to these vendors. For example, Ascena estimates that it owes approximately $55 million to vendors for goods delivered within 20 days prior to the bankruptcy filing. It has received interim approval to pay $5 million to such vendors and will seek final authority to distribute an additional $15 million. Vendors that deliver goods within 20 days before a bankruptcy filing are typically entitled to full payment for such goods, but vendors may (and often do) agree to accept a lesser amount. This may be an issue impacting the parties in interest in this case, and Sands Anderson’s bankruptcy attorneys have experience with this issue from other large retail cases in the Richmond Division.

If you have questions or needs regarding these bankruptcy proceedings, please contact a member of our Bankruptcy Team: