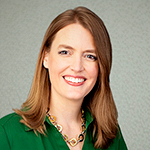 Notably, the Supreme Court, in an effort to balance rights and cautious of First Amendment religious liberty concerns,  highlighted in Bostock that “[t]his Court has also recognized that the First Amendment can bar the application of employment discrimination laws ‘to claims concerning the employment relationship between a religious institution and its ministers.'” See Bostock at 1754 (citing Hosanna-Tabor Evangelical Lutheran Church and School v. EEOC, 565 U.S. 171, 188 (2012)). Therefore, if you are a religiously based employer, a church, a synagogue, a Hindu temple, or even a religiously based institution such as a religiously affiliated school, remember that most of these new employment regulations against discrimination based on gender identity and sexual orientation will not apply to you. Under Our Lady of Guadalupe School v. Morrissey-Berru, 140 S. Ct. 2049, 207 L. Ed. 2d 870 (2020), the Supreme Court strengthened what is known as the “ministerial exception.” This exception explains that the constitutional protection afforded under the First Amendment Establishment Clause allows churches and their closely affiliated institutions, such as religiously based schools, to maintain control over who they hire and fire as “ministers.” This is the case even if those individuals do not hold the job title of “minister” or even if they possess less religious training than the typical “minister.” This line of cases— meant to safeguard the freedom of religion—allows churches, religions, and their closely affiliated institutions and schools to ask that those who work for them identify with and support the tenets of their faith as a condition of employment.

In addition to these recent Supreme Court decisions, Virginia also decided to prohibit discrimination based on sexual orientation and gender identity in its sea-changing legislation, the Virginia Values Act (the “VVA”). The Virginia Values Act, which amends the Virginia Human Rights Act and went into effect July 1, 2020, specifically prohibits employers of all kinds, public and private, from discriminating based on gender identity and sexual orientation.  See Va. Code  §§ 2.2-3900 et seq. Under the VVA, an employee may make a state-based discrimination claim against a Virginia employer in an administrative process like that of the EEOC. After exhausting those administrative remedies, the employee can file a lawsuit in state court. Importantly, the VVA permits recovery under Virginia law for money damages due to that discrimination.  Notably, the VVA provides no damage limitations, allows awards of punitive damages, and awards of attorney’s fees. All combined, these new federal and state law changes mean that employers must tread lightly to avoid gender identity and sexual orientation-based discrimination claims.

Concurrent with the advent of gender-identity based legal claims is a social movement to ask and call individuals by their personally designated pronouns. For purposes of being addressed by others, if a person identifies as a woman, then she may ask others, including her employer, to use the pronouns “she,” “her,” and “hers.” Similarly, if a person identifies as a man, then he may ask others, including his employer, to use the pronouns “he,” his,” or “him.” Finally, if a person identifies as non-binary, cis-gender, or any other part of the gender-identity “spectrum,” then they may ask others, including their employer, to use pronouns such as, but not limited to, “ze,” “sie,” “hir,” “co,” or “ey” to address them or to speak about them. Use of proper pronouns is a sensitive issue with respect to gender identity. Resistant employers can open themselves up to liability if they either refuse to use the employee’s self-identified pronoun or do not speak to that employee in gender neutral ways.

So, what important tips can employers follow to navigate the gender-identity issues that arise in their workplaces?