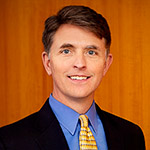 We previously informed our readers about regulations being proposed by the Virginia Bureau of Insurance (BOI) pursuant to Virginia’s relatively new Insurance Data Security Act (IDSA). After considering comments received in response to the proposed regulations (Proposed Regs), the BOI has just proposed (and has asked the State Corporation Commission to enter an order adopting) revised regulations (Revised Regs). In its filing, the BOI has also provided responses to submitted comments, explaining the BOI’s rationale for making (or not making) certain changes to the Proposed Regs. The following is a summary of the most significant changes you will find in the Revised Regs:

The Revised Regs will serve to address certain aspects of the IDSA; however, there is much more to compliance than what is contained in the Revised Regs. All Virginia licensees should become familiar with the IDSA, which became law last year, and should consult with their legal and security technology advisors to make sure they are taking proper steps to comply with the law and to protect their systems and information.

If you need help understanding the IDSA, reach out to a member of our Cybersecurity Team.

The Cyber Incident Reporting for Critical Infrastructure Act is Here. Now What?