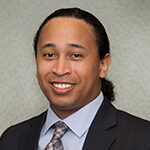 The decision for prospective litigants to bring and defend lawsuits can be difficult to navigate given the uncertainty of costs, especially attorney’s fees. Contrary to popular assumption, in Virginia, the general rule for recovery of attorney’s fees is that each side bears its own costs. Termed the “American Rule,” unless a specific contract or statute provides otherwise, attorney’s fees are not recoverable by the prevailing litigant. Virginia recognizes other limited exceptions to the American Rule, such as when a party engages in fraud or as a sanction for an attorney’s improper conduct.

The Virginia Supreme Court recognized another exception to the American Rule in Bolton v. McKinney, 855 S.E.2d 853 (Va. 2021) for cases involving breach of a covenant not to sue. It ruled that “damages for a breach of covenant not to sue may be the amount of the attorney’s fees incurred by the plaintiff in defending actions that breached the agreement.”

Ostensibly a common-sense measure of damages in this type of case, this ruling cuts against the long-recognized exception to the American Rule that parties must have expressly agreed to assign attorney’s fees to a prevailing party for breach of a contract. The Court in Bolton explained that “[j]urisdictions that do not allow for the award of attorney’s fees in this circumstance reason that the parties can provide for attorney’s fees in the contract if they so choose”; “some courts have held that a covenant not to sue is to be used as a ‘shield rather than as a sword,’ intended only to allow a party to bar a suit initiated by the obligee, not to recover damages incurred as a result of the suit.”

Rejecting strict adherence to the traditional rule, the Court reasoned that “[a]llowing damages in this circumstance compensates the injured party for its loss and puts it back in the same position in which it would have been had the other party adhered to its promise.  To prevent the [defendants] from obtaining direct damages from the breach of an express term of the contract simply because they happen to also be attorney’s fees would rob them of the benefit of their bargain and make their victories in the respective lawsuits hollow.”

While the application of this newly recognized exception to the American Rule is specific to covenants not to sue, it nonetheless provides an added layer of certainty to the costs of litigation and encourages adverse parties to settle their claims out of court. When facing the prospect of litigation, consult your attorney for help in assessing potential attorney’s fees and pursuing alternate measures of dispute resolution.