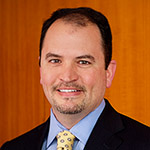 When two brothers appointed to serve as coexecutors of their mother’s estate can’t get along in fulfilling their jointly held duty, how does a Virginia court decide which one to remove? In the recent case of Galiotos v. Galiotos (Va. Sup. Ct. Record Nos. 200504 and 200667), the Virginia Supreme Court gave us insight into how that question gets answered in the Virginia state court system.

In this brother versus brother challenge of cross-petitions to remove one another as coexecutors, a Virginia Beach Circuit Court judge heard complaints from both directions. In each instance, the Court found that the brothers (each of whom had the power to act independently of the other) were using their authority to handle the estate’s affairs and assets in such ways so as to benefit themselves, as opposed to neutrally and objectively fulfilling the terms of their mother’s will so as to benefit all the named beneficiaries. From the outset, the brothers did not want to use the same accountant or lawyer to administer the estate and engaged their own professionals, likely duplicating expenses and acting at cross-purposes. Each accused the other of mishandling estate property and transferring assets contrary to their mother’s stated intentions. Each accused the other of favoring himself over the other beneficiaries. While one brother wanted to co-own the properties within the estate, the other brother preferred dividing them up. This led to much of the disagreement.

The brothers sued each other for breach of fiduciary duty, each alleging that the other was obstructionist and unreasonable, and requested that the Court reverse actions the other had taken in the course of administering the estate. Each also requested that the other be removed as co-executor due to the other’s actions and the resulting “deadlock” and “impasse” that resulted, and that the other brother not be permitted to use estate funds to pay the lawyers and accountants he had hired.

If they were looking for a sympathetic ear, they were in the wrong court. The trial judge ruled a plague o’ both your houses and awarded none of the relief either brother requested. Having found facts that led him to the conclusion that the brothers were incapable of cooperating in administration of their mother’s estate and had abused their authority in ways advantaging themselves over the estate’s other beneficiaries, the judge removed both brothers and appointed a third-party neutral fiduciary. At the same time, the Court denied each brother reimbursement of his attorney’s fees and refused to award commission for service during their time as executors.

How could this result possibly ensue when the will their mother executed expressly appoints the two brothers as co-executors, authorizing them to take the types of actions they had taken? And Virginia statutes governing administration of estates strongly favor upholding the terms of a testator’s will, awarding fiduciaries reimbursement of the costs of the professionals they hire, and paying fiduciaries a percentage of estate value as a commission.  Surely the Virginia Supreme Court would not affirm a result such as this. The “good” brother would have to be reinstated, his expenses reimbursed, and a commission paid to him. Right?

Not at all. The Virginia Supreme Court affirmed all of the trial judge’s rulings. The reason mostly lies in the extraordinary deference the appellate courts owe to a judge hearing live witnesses and the limited scope of review an appellate court has over a trial judge in the exercise of discretion used to fashion remedies necessary to the proper administration of a probate estate. The Virginia Supreme Court will not disturb a trial judge’s rulings on awarding reimbursement of expenses or commission for service of the fiduciary unless there is clear error by the trial judge, too. In affirming the Virginia Beach Circuit Court’s decisions, the Supreme Court applied the following legal principles, citing its own precedents and Virginia code provisions.

First and foremost, if you are preparing an estate plan and you are any less than 100% certain that your chosen coexecutors will get along, eliminate one or both of them. This will save everyone a great deal of aggravation and expense in the long run.

Second, if you are a coexecutor, make every attempt to coordinate with your counterpart. If you seek the intervention of the courts, your counterpart is almost guaranteed to try to turn the tables on you, and courts are not sympathetic arbiters of family squabbles. They have neither the time nor the inclination to allow you to present a lifetime’s worth of family history that may be relevant to who is right and who is wrong. Rather than decide who is the good guy and who is the bad guy, courts often take the surefire option of installing a neutral third-party. Courts also know that when they remove the coexecutor who is comparatively more in the wrong, it is a safe bet that the ousted coexecutor remains a beneficiary of the estate and will take the first opportunity to sue the “winner”.

The third takeaway is that when caught in the middle of such a squabble, don’t bank on getting your attorneys’ fees covered. When courts make a determination that the parties are “in pari delicto” (equally blameworthy), much as this one did, they are not likely to find that the estate should pay for the squabbling.

Galiotos v. Galiotos is a cautionary tale. It is probably the case that one of these brothers was more culpable than the other and that one was the lesser of the two evils and could easily have been left in place as sole executor. But the point of this piece is not to try to decide which brother should have won or whether the Virginia Supreme Court should have dug deeper into the dispute. Rather, in light of how the courts tend to apply Solomonic justice in these situations, the point is to cause you to rethink: (1) who you nominate as fiduciary of your estate if you are making out an estate plan, (2) how you conduct affairs if you are acting as a co-fiduciary, and (3) what your chances are if you decide to take your co-fiduciary to court.

Attorneys in Sands Anderson’s Trust & Estate Planning and Litigation practices can answer questions about your estate plan and represent claimants and fiduciaries in estate litigation. Contact a member of our team to learn more.