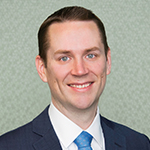 UPDATE: On January 13, 2022, the U.S. Supreme Court granted a stay of the injunctions prohibiting enforcement of the CMS vaccine mandate in 25 states. Thus, the CMS vaccine mandate is now in force in all 50 states, the District of Columbia, and U.S. territories. Absent additional guidance, it appears that CMS is poised to enforce the vaccine mandate nationwide based on the timeframes described below and in its most recent guidance.

In November, we wrote about the the Centers for Medicare and Medicaid Services (CMS) Vaccine Rule that required COVID-19 vaccination for most health care workers at certain healthcare facilities certified by CMS.

In a reversal of its previous position, on December 28, 2021, CMS announced that it would pursue enforcement of the CMS vaccine mandate in the 25 states where an injunction is not in place: California, Colorado, Connecticut, Delaware, Florida, Hawaii, Illinois, Maine, Maryland, Massachusetts, Michigan, Minnesota, Nevada, New Jersey, New Mexico, New York, North Carolina, Oregon, Pennsylvania, Rhode Island, Tennessee, Vermont, Virginia, Washington, and Wisconsin), as well as in the District of Columbia and U.S. territories. The CMS policy update is available here.

Under the new policy, CMS will begin enforcement of its vaccine mandate in the 25 states where it is not enjoined, including Virginia. The new CMS policy does modify the compliance dates for the mandate. Under the new compliance deadlines, as part of Phase 1 of the rule, covered facilities will be required to ensure that they have developed policies and procedures to implement the vaccine mandate by January 27, 2022. The mandate also requires that, by that date, all covered employees have received their first vaccination, have been granted an exemption, have an exemption request pending, or have been granted a temporary delay in vaccination due to clinical precautions identified by the CDC.

In addition, under Phase 2, no later than February 28, 2022, covered individuals (unless exempted or granted a temporary delay) must have completed a primary vaccination series. Note that, as structured in the original rule, individuals are considered to have completed their primary vaccination series if they have received two shots of a multi-dose vaccine or one dose of a single-dose vaccine. Individuals do not need to have completed a 14-day post-vaccination period to be considered fully vaccinated for purposes of the Phase 2 deadline. Neither the rule nor the new CMS guidelines require booster shots at this time.

Several challenges to the CMS mandate are still being litigated in federal courts. On Friday, January 7, 2022, the U.S. Supreme Court will hold oral arguments on whether to allow the CMS and OSHA vaccine mandates to go into effect while appeals are heard in the courts of appeals.

The Sands Anderson Healthcare Team stands ready to assist your organization as it adopts policies to implement the new CMS vaccine mandate.

What is My Vaccine Injury Claim Worth? Show Me the Money!

Flu Season Is Upon Us…Again