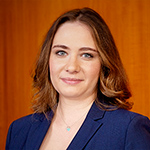 Sands Anderson’s bankruptcy lawyers attended the “First Day” hearings in the chapter 11 bankruptcy cases of Pier 1 Imports Inc., and its affiliates. During the hearings, held before the Honorable Kevin R. Huennekens in the Richmond Division of the United States Bankruptcy Court for the Eastern District of Virginia, Pier 1 lawyers acknowledged that the company had struggled to adapt in this modern retail environment, but they outlined a proposed path forward in a comprehensive pre-negotiated Plan Support Agreement.  The agreement contemplates about $256 million in debtor-in-possession financing from its lenders, which will allow the company to operate pending a proposed sale of its assets.

Specifically, Pier 1 has proposed to close 450 stores in the U.S., and completely close its Canadian operations.  They hope the remaining assets  will be more attractive to a potential buyer.  The Court approved a sale procedures (an auction) at the First Day hearings.  March 23, 2020 is the deadline by which all bids must be submitted. Pier 1 proposes an approximately two (2) month timeline to conduct the sale and achieve confirmation of a Ch. 11 Plan. Among other relief at the First Day hearings, the Court authorized Pier 1 to pay claims held by shippers, warehouseman, 503(b)(9) claimants and other trade vendors in an amount not to exceed $12 million on an interim basis, and $30 million on a final basis, to be determined at an upcoming hearing.

Anyone with questions or needs regarding the bankruptcy case of Pier 1 Imports Inc., can contact the following bankruptcy attorneys:

Three Contract Tips to Safeguard Your Business from Another’s Default