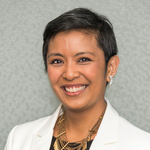 Beginning July 1, 2020, employers who cut incorrect paychecks to employees in Virginia may be held accountable in open court.  Virginia’s new Wage Theft Law (HB123/SB838) presents a major change for employers — one of several landmark pieces of legislation passed by this year’s politically progressive General Assembly.  For the first time, Virginia employees now can sue their employers for unpaid wages in state court.  As Virginia employees benefit from this extra remedy to counteract unfair pay practices, Virginia employers should carefully audit their pay practices to ensure accuracy and compliance.

Previously, Virginia’s Wage Payment Act, see Va. Code § 40.1-29, offered no method for an employee to recoup allegedly unpaid wages except to file a complaint with the Virginia Department of Labor and Industries (“Virginia DOLI”).  Employees who sought a remedy in court had to proceed under contract theories without the benefit of Virginia’s wage statute.  Typically, wage and hour claims would be resolved in federal court by collective action given the great expense of federal litigation that often deters an individual from bringing their own, private lawsuit. With this new legislation, Virginia employers who make payroll errors should now expect to defend their actions in state court, which tends to offer a more affordable venue for employees who feel they have been wronged.

This is true even if payroll errors are unintentional mistakes.  Regardless of the employer’s intent, an employee who proves that wages are owed is entitled to not only the lost wages, but liquidated damages that effectively double the lost wages, plus interest at 8% from the date wages were due.  Civil penalties can also be imposed at $1,000 per violation.

Employers who knowingly fail to pay wages, however, invite bigger problems for themselves.  They risk being exposed further to liability of up to three (3) times the amount of owed wages, plus reasonable attorney’s fees.  In addition, the new law permits workers to bring lawsuits not only on their own behalf, but jointly with others, or on behalf of other employees as a collective action, consistent with the federal Fair Labor Standards Act (“FLSA”).  Indeed, this new Virginia law is modeled after the enforcement mechanisms found under its federal counterpart.

In addition, criminal penalties nay be imposed for “knowing” violations depending on the amount of wages that are owed.  Wages owed that total less than $10,000 can carry a Class 1 misdemeanor charge; wages in excess of $10,000 or violations by employers who are repeat offenders can result in a Class 6 felony charge, which can carry a prison term between 1-5 years.

Employees can still file claims with the Virginia DOLI (which now has expanded investigative authority for potential wage claims), but there is no requirement in the new law that employees exhaust this administrative remedy before filing suit.  Further, Virginia employees cannot be retaliated against for filing or testifying in a lawsuit or proceeding under the new Wage Theft Law, though it is unclear if a private right of action has also been created for such retaliation.

Until now, Virginia’s court systems have rarely seen lawsuits for wage and hour violations even as Virginia’ Wage Payment Act governed the timing of payments and prohibited , which unauthorized payroll deductions.  Rather, wage and hour challenges by employees were typically subsumed into FLSA lawsuits filed in federal court where summary judgment gives employers the ability to successfully defend themselves without the expense of a jury trial. As the new Virginia Wage Theft Law becomes effective, employers should anticipate that wage and hour claims may become necessary to not only resolve but to defend in open court.

Employers should prepare for this new law by auditing their pay practices, including a review of the following questions:

A careful review of the above can help employers identify any issues that require attention before the new law takes effect.  This is a perfect time before Virginia begins to increase the minimum wage beginning in 2021 as well.  Doing so will enable Virginia companies, nonprofits, and localities to focus on the growth in talent these employee-friendly laws are expected to attract into the Commonwealth, instead of on defending themselves on the witness stand for allegedly unfair pay practices.

The Labor and Employment team at Sands Anderson is ready to assist with your payroll audits and compliance with this and other new Virginia laws taking effect July 1, 2020.