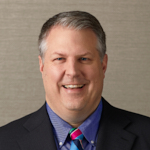 The U.S. Equal Employment Opportunity Commission (EEOC) recently released its annual report on workplace discrimination claims. The agency’s detailed breakdown of employment discrimination charges filed in any given fiscal year can help employers identify trends and focus their training and compliance efforts. So what does the data from the 2020 fiscal year tell us?[1]

Retaliation is Again Complaint Number One.

In keeping with years past, the most common EEOC claims of discrimination against employers were for unlawful retaliation. Employees filed 37,632 such claims, which were included in 55.8% of all charges filed (a 2% increase over FY 2019).[2] This was followed by charges of discrimination based on disability (36.1%), race (32.7%), and sex (31.7%). Interestingly, retaliation was alleged in 50.3% of charges filed from Virginia, more than 5% below the national average. Managers and supervisors must be trained on what types of employment actions and what circumstances may constitute unlawful retaliation.

There were 21,398 charges filed last fiscal year involving claims of sex discrimination under Title VII. This was actually a 9% decrease from FY 2019. But 1,857 of those charges involved discrimination based on LGBT status, about the same as last year but a 68.8% increase since 2014, the first full year the EEOC began tracking such claims.

Moreover, settlements for such claims, in which the charging party received benefits during an investigation, reached their highest level – 9.5% – since the EEOC began tracking this data separately. Considering the U. S. Supreme Court’s recent determination that Title VII of the Civil Rights Act protects gay, lesbian, and transgender employees from discrimination, employers should be particularly diligent in training supervisors on how to handle LGBT claims in the workplace.[3]

The Percentage of Charges Alleging Equal Pay Act Violations Were Significantly Higher in Virginia Than Nationwide.

The Equal Pay Act (EPA) requires that employers ensure men and women receive equal pay for substantially the same work, subject to certain statutory defenses. Although only 1.5% of the charges filed nationwide alleged violations of the EPA, 2.6% of the charges filed from Virginia included EPA claims – an all-time high since 2009.  Employers should review their pay practices to make certain they comply with the EPA and all wage laws.

Anxiety and Depression Continue to Be Hotspots for Charges Involving Disability Discrimination.

Of the 24,546 ADA charges resolved by the EEOC in FY2020, the two highest categories of impairments involved anxiety disorders (9.8%) and depression (7.7%).  This should serve as a good reminder to employers that mental health conditions such as anxiety, depression and PTSD can constitute disabilities under the ADA. Indeed, the law is clear that a mental health impairment is a qualifying disability if it substantially limits an employee’s ability to perform a major life activity as compared to most people in the general population.[4]

The Genetic Information Nondiscrimination Act prohibits discrimination against employees or applicants based on genetic information. Genetic information includes information about an individual’s or family member’s genetic tests but also includes an employee’s family medical history. Although still a relatively small number of overall claims of discrimination filed with the EEOC, parties filed 440 charges alleging GINA violations in 2020 – a 111% increase over FY 2019. The pandemic is likely to blame for the sizeable increase in such claims as many employers have required employees to disclose health information to evaluate leave and other requested accommodations. Although GINA claims constitute a relatively small percentage of claims filed, employers should scrutinize any internal practices that require employees to disclose health information.

What Should Employers Be Doing Now?

Training may have slipped through the cracks in the past year, but the EEOC’s 2020 annual report is a good reminder that employers should have in place a rigorous training program for managers on discrimination, reasonable accommodations, retaliation, and — of course – harassment.

Sands Anderson’s Labor & Employment Team is ready to assist Virginia employers in conducting these necessary trainings. Contact one of our attorneys today!

[2] Employees can include multiple bases in a single charge.